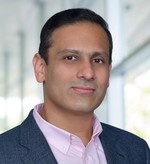 Dr. Vishwas (Vish) Seshadri, Ph.D., M.B.A., joined Abeona as Head of Research & Clinical Development in June 2021 and was appointed President and Chief Executive Officer, and member of the Company’s Board of Directors, in October 2021. Dr. Seshadri has more than 20 years of experience including academia and various senior and executive leadership roles in the life sciences industry overseeing product development, regulatory submissions, and commercialization for novel therapies including personalized, autologous cell and gene therapies. Prior to joining Abeona, Dr. Seshadri served in roles of increasing responsibility at Celgene Corporation, now a subsidiary of Bristol-Myers Squibb Company (BMS), where he focused on development and commercialization of novel therapies in hematology and oncology. Most recently, he led the team responsible for the launch of Breyanzi® (lisocabtagene maraleucel; liso-cel), an autologous CD19-directed chimeric antigen receptor (CAR) T cell therapy for relapsed or refractory large B-cell lymphoma. Previously, he was Head of Early-Stage Upstream Process Development for Biologics at Dr. Reddy's Laboratories. Dr. Seshadri completed his Ph.D. in Microbiology, Immunology & Molecular Biology and his post-doc in epigenetics at University of Arizona, and earned his M.B.A. in Finance and Healthcare from the Wharton School of the University of Pennsylvania.

Brian Kevany, Ph.D., joined Abeona at the beginning of 2018 as a scientist in the product development department bringing 15+ years of molecular biology and biochemistry research training to Abeona. Prior to joining Abeona, he managed a small biotechnology startup company which utilized next-generation sequencing for high throughput genotyping in both the medical and agricultural spaces. A postdoctoral research position at the University of Wisconsin-Madison, working on developing new first-line antibiotics to treat drug-resistant tuberculosis, and a Fellowship at Case Western Reserve University, studying a wide range of vision research topics, resulted in an exemplary publication record in a wide range of peer-reviewed journals. His research at Case Western, under the mentorship of Dr. Krzysztof Palczewski, involved studying both the biochemical basis of retinal development as well as the pathophysiology of animal models of blinding diseases. Prior to his postdoctoral research, he earned a Ph.D. in Molecular and Cellular Biology from the University of Florida and a B.S. degree with honors from Michigan State University. 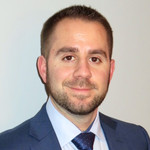 Joseph (Joe) Vazzano joined Abeona as Chief Financial Officer in March 2022. Before joining Abeona, Mr. Vazzano served as Chief Financial Officer of Avenue Therapeutics, Inc. (Nasdaq: ATXI) (“Avenue”) from February 2019 to January 2022. Prior to that, he served as Avenue’s Vice President of Finance and Corporate Controller since August 2017. During his tenure at Avenue, Mr. Vazzano secured multiple equity financings for Avenue and served in a leadership role for signing a complex, two-stage acquisition of Avenue with future contingent value rights. Previously, Mr. Vazzano served as Assistant Corporate Controller at Intercept Pharmaceuticals, Inc. (Nasdaq: ICPT) from October 2016 to July 2017, where he helped grow the finance and accounting department during the company’s transition from a development-stage company to a fully integrated commercial organization. Mr. Vazzano has a Bachelor of Science degree in Accounting from Lehigh University and is a Certified Public Accountant in the State of New Jersey. 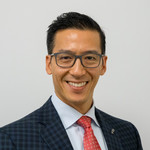 Greg Gin joined Abeona as Vice President, Investor Relations in May 2020. In this role, he is responsible for all aspects of Abeona’s investor relations program, along with involvement in wider communications programs and supporting the company’s financing activities. Mr. Gin has served as the Head of Investor Relations at four public companies and brings more than 25 years of investor relations, communications, and capital markets experience with small- and mid-cap biotechnology and specialty pharmaceutical companies developing novel treatments for orphan diseases and areas of high unmet medical need. Immediately prior to joining Abeona, Mr. Gin was Head of Investor Relations at Affimed, an immuno-oncology company, where he was responsible for the company’s global investor relations program.

Ms. Hardgrove has supported diverse client groups as a HR Business Partner including Corporate Functions, Product Supply, R&D, Medical Affairs, and Commercial, and served as the HR Lead for Bayer’s Pharmaceutical Region Americas business, where she was responsible for leading the HR strategy for more than 5,000 employees across several countries. Ms. Hardgrove’s expertise includes building new teams, large-scale global reorganizations, talent acquisition, change management and employee development. Ms. Hardgrove has a Bachelor of Science degree from Cornell University and Juris Doctor and MBA degrees from the University at Buffalo. 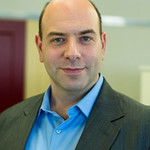 Scott Nogi, Vice President of Business Operations, joined Abeona in 2018 with 20 years of operational and administrative management expertise across a wide range of organizations. In his role, he leads Business Development activities and is responsible for information technology (IT), database management systems (DBMS), and commercial property management. Previously, Mr. Nogi held roles as Vice President of Business Development at Access Pharmaceuticals, Inc., where he worked on partnerships for an oral mucoadhesive product in the cancer space; and Vice President of Operations at SCO Capital Management, a biotech-focused value fund, where he managed all operations, audit, fund administration, IT systems, and human resources. Mr. Nogi also served as Executive Director of Kolot Chayeinu / Voices of Our Lives, a non-profit organization, where he led the business strategy and operations, finances, facilities, and staff. Mr. Nogi earned his MBA in Management and Strategy from the Stern School of Business at New York University and his BFA also from New York University. 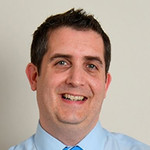 Brendan O’Malley, J.D., Ph.D., joined Abeona in 2019 as Chief IP Counsel, bringing significant technical and legal expertise to the Abeona team.  Prior to joining Abeona, he was a partner at the prominent New York patent litigation firm Fitzpatrick Cella Harper & Scinto, where he started his career as a summer associate in 2006, and then at Venable LLP, which merged with Fitzpatrick in 2018.  While at Fitzpatrick and Venable, Dr. O’Malley litigated a wide variety of biopharmaceutical patent cases in the United States District Courts, at the Federal Circuit, and before the U.S. Patent and Trademark Office, negotiated numerous settlement and license agreements, and provided many patent opinions in connection with M&A due diligence in the biotech space.

While attending law school at Benjamin N. Cardozo School of Law, Dr. O’Malley served as a judicial intern to Judge William H. Pauley in the U.S. District Court for the Southern District of New York.

Madhav Vasanthavada joined Abeona with over 20 years of experience in the life sciences industry, in a variety of scientific and commercial leadership roles. Dr. Vasanthavada was most recently at Bristol Myers Squibb, where he led Global Marketing for the Global Car T Cell Therapy Franchise. Prior to BMS, he spent 9 years at Bayer in a variety of cross-functional leadership roles, including Marketing, Market Access, Sales and Chief of Staff to the Bayer President of the Americas. Earlier in his career, Dr. Vasanthavada also served as a Principal Scientist at Novartis in Research & Development and Technical Operations. He holds a B.S. in Pharmacy from Osmania University, a Ph.D. in Pharmaceutical Sciences from the University of Rhode Island, and an M.B.A. from Harvard Business School.